Borger Community Theatre is excited to open its doors again.  We are moving forward with our 2022 season and producing Steel Magnolias, The Odd Couple and Annie this year.

Thank you to all the acts who partcipated in Hutchinson County's Got Talent! 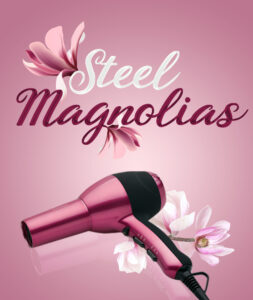 Steel Magnolias The action is set in Truvy's beauty salon in Chinquapin, Louisiana, where all the ladies who are "anybody" come to have their hair done.  Helped by her new eager assistant, Annelle, the outspoken, wise-cracking Truvy dispenses shampoos and free advice to the town's rich curmudgeon, Ouiser; an eccentric millionaire, Miss Clairee; and the local social leader, M'Lynn, whose daughter, Shelby, is about to marry a "good ole boy."  Filled with hilarious repartee and not a few acerbic but humorously revealing verbal collisions, the play moves toward tragedy when the spunky Shelby (who is a diabetic) risks pregnancy and forfeits her life.  The sudden realization of their mortality affects the others, but also draws on the underlying strength - and love - which give the play, and its characters, the special quality to make them truly touching, funny, and marvelously amiable company in good times and bad. 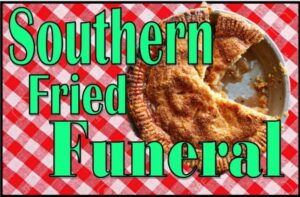 Southern Fried Funeral Dewey Frye is dead and the rest of his family is left to pick up the pieces -- that is if they don't kill each other first. Not only does matriarch Dorothy have to contend with sudden widowhood, but she's also faced with church-committee harpy Ozella Meeks sticking her nose in the family business, Dewey's snake-in-the-grass brother making a grab for her house, and two grown daughters reliving their childhood rivalry. Funerals bring out the worst, the best, and the funniest in people, and the Frye’s are no exception. A big-hearted comedy about family -- Southern-style. 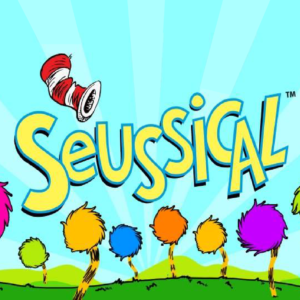 Seussical is a fantastical, magical, musical extravaganza! Tony winners, Lynn Ahrens and Stephen Flaherty (Lucky Stiff, My Favorite Year, Once on This Island, Ragtime), have lovingly brought to life all of our favorite Dr. Seuss characters, including Horton the Elephant, The Cat in the Hat, Gertrude McFuzz, lazy Mayzie and a little boy with a big imagination – Jojo. The colorful characters transport us from the Jungle of Nool to the Circus McGurkus to the invisible world of the Whos. The Cat in the Hat tells the story of Horton, an elephant who discovers a speck of dust that contains the Whos, including Jojo, a Who child sent off to military school for thinking too many "thinks." Horton faces a double challenge: not only must he protect the Whos from a world of naysayers and dangers, but he must guard an abandoned egg, left in his care by the irresponsible Mayzie La Bird. Although Horton faces ridicule, danger, kidnapping and a trial, the intrepid Gertrude McFuzz never loses faith in him. Ultimately, the powers of friendship, loyalty, family and community are challenged and emerge triumphant. 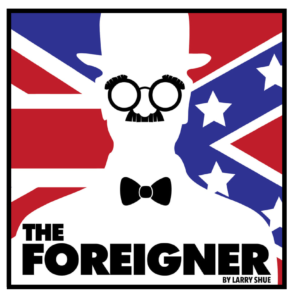 The Foreigner is a fun, two-act comedy by American playwright Larry Shue. The story takes place in a fishing lodge in rural Tilghman County, Georgia where two Englishmen, Froggy and Charlie, arrive as guests. The shy Charlie agreed to accompany Froggy on the trip after his sick wife begged him to go. When people at the lodge try to talk to Charlie, however, he remains silent: he is terribly shy, depressed about his wife's illness, and cannot find the words to reply. Froggy claims that Charlie cannot talk because he is a "foreigner" from an exotic country, and does not understand English. Taking the explanation that he's a non-English speaker as fact, the lodge's guests quickly begin revealing their secrets, and Charlie soon discovers scandals amongst some of the residents of the lodge. 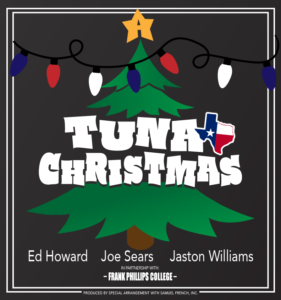 The first performance of our season will be held at the Frank Phillips College Auditorium the weekend of November 16th-18th.

"A Tuna Christmas is the second in a series of comedic plays, each set in the fictional town of Tuna, Texas, the "third-smallest" town in the state. The trilogy was written by Jaston Williams, Joe Sears, and Ed Howard." -Wikipedia

This play will have the audience rolling in laughter from curtain open to curtain close. Prepare for a night of comedy, laughter, and a cheerful cast portraying the lives of the locals from Tuna, TX. 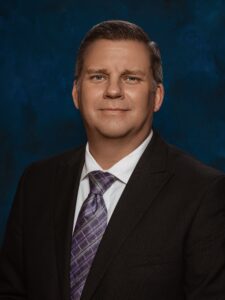 Don is Chief Executive Officer of Golden Plains Community Hospital and President of Critical Access Billing.  He is the Founding Director for Borger Community Theatre and serves as its Managing/Artistic Director.  Don holds an Associate’s degree in Finance, a Bachelor’s in Business Management, and an MBA in Health Care Management.

He loves to travel, enjoys musical and community theater, collecting art and spending time with his family.  Don is the father of five sons: Kenneth; Brandon, Jonathon; Andrew; and Aaron. Kenneth and Jonathon currently serve active duty in the U.S Air Force & U.S. Marines, respectfully.  He is also the grandfather of two: Vadikan and Tamsyn.

Don’s passion for the arts started with singing on his local church’s radio broadcast and volunteering at the Ardmore Little Theatre in Ardmore Oklahoma in the 1980s.  Shortly after, he worked with the Oklahoma Educational Television Authority and appeared in the mini-series “Oklahoma Passage”.  Don was the founder of Vision Entertainment and produced “Jeffrey” at The Hickory Street Annex in Dallas.  Since then, Don served on the board of directors for the Brown Grand Theatre in Concordia, Kansas.  His last stage performance at The Brown Grand Theatre was in “A Tuna Christmas”.

His love for the performing arts and philosophy of celebrating local talent were the driving force behind the formation of this community theatre.  This endeavor would not be possible without the partnership with Frank Phillips College and their dedication to promote the arts within the community.

Borger Community Theatre is rooted in reflecting the Borger community through art and authentic storytelling. We recognize that in order to do that, it's imperative that everyone regardless of ethnicity, race, gender identity, sexual orientation, ability/disability, religion or socioeconomic status, is represented by our productions. All are welcome into the Borger Community Theatre and we invite you to join us in providing art that challenges, entertains and represents us - Borger.

BORGER, Texas(KVII) — Borger Community Theater returned to the stage this month with a play called “The Foreigner” at Frank Phillips College, a mission that the theater’s artistic director, Don Bates, said was born three years ago after the Boomtown Theater closed.

“Those of us who love community theater needed to find a new home that was safe for patrons to come visit, and somewhere we could celebrate local talent,” Bates said.

Bates says that talent comes from some unexpected places.

“Our technical director is the GM of Chevron-Phillips. In this cast is the President of the Happy State Bank local branch,” he said.

That would be Wes Hukill, who was recruited into playing one of the leads after he watched the group perform “A Tuna Christmas” last winter.

“I came and I was talking to Don, and that’s when he said, ‘I’ve got a role that I want you to do.’ And I said, ‘Well, how can you pass up an opportunity like that?’,” Hukill said.

Bates says the theater creates another way for people to connect, whether they’re on stage showing off their creative side, or in the audience sharing the experience with the crowd and the performers. Actress Bridget Pomerhan says that connection is vital for towns all over the panhandle.

“The more that we can get the community involved, and get the community theater up and running, and the college back involved in it again, then all of that talent that we have here in the Texas Panhandle will have a place to go,” Pomerhan said.

Actress Stephanie Price urges the people of Borger and surrounding towns to recognize the value an outlet like community theater brings.

“Arts are important. Arts enrich our lives. They make us excited and happy and they give us emotion, and I think it’s really important for people to celebrate their local arts,” Price said.

Bates said they’re looking at summer programs to increase youth involvement, such as acting classes, and joint projects with the Texas Panhandle Youth Choir. They’re planning to stage a musical in the fall.