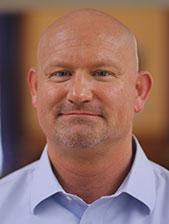 Brett Schneider begins his first season as Head Women's Basketball Coach at Frank Phillips College. He comes to FPC after spending the last two years as the Head Coach at the University of Saint Mary in Leavenworth, KS.

Schneider, a Canyon, Texas native has 20 years of coaching experience as an assistant/associate head coach. Most recently, Schneider was the assistant women's basketball coach at Texas Tech University from 2013-14.

At Texas Tech, Schneider signed three Junior College All-Americans who were all ranked in the top 50 in the country.

In 2007-2009, Schneider served as the Associate Head Women's Basketball Coach and Recruiting Coordinator at the University of Missouri-Kansas City. While with the Kangaroos, he helped the team to an improvement of four wins in one year. The team also upset the No. 2 seeded team in the Summit League Postseason Tournament.

He has also served as the owner of Sweat with Success Consulting, which helps prospective student-athletes with the recruiting process.

Schneider earned his Bachelor of Science degree in Sports and Exercise Science from West Texas A&M University in 1997 and his Master's Degree in Interdisciplinary Studies in 2002.

If you are interested in becoming a Lady Plainsmen, please fill out our RECRUITING FORM.

View our Youtube Channel to keep up with all games and highlight videos that we post there!

ALL THIS AND MORE IS WAITING FOR YOU AT FRANK PHILLIPS COLLEGE.
IT'S GREAT TO BE A PLAINSMEN!!